Author Niraj Mishra Date May 13, 2020
Tags
Trees
Banyan Tree: The banyan tree, called the 'bargad ka ped' in Hindi, is re-mentioned in Hindu mythology as a sacred tree. Many temples have been built under this tree across the country. In Ayurveda, the banyan tree has been said to be used to treat many diseases and infections. The tree has been described as beneficial for the "vata dosha" according to Ayurveda (regulates motion and air in the body).


The banyan tree is an epiphytic (plant that sprouts on another plant and grows in the crevices or crevices of the host tree). This plant is of the genus Ficus. The banyan tree found in India is Ficus benthalensis, which is also the national tree of our country. This species is native to tropical and warm temperate regions in the world. 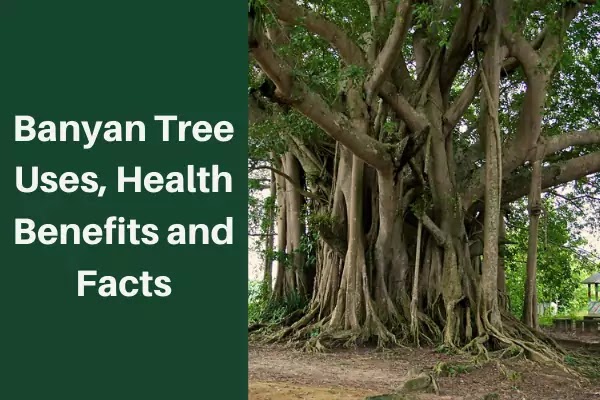 Banyan tree leaves are large and elliptical in shape, leathery in texture and shiny green. A feature of older banyan trees is the growth of aerial roots, also called root roots, which hang above the ground.

These roots resemble old woody trunks, which together represent the presence of small individual trees. The 'Great Banyan tree' found in the Botanical Gardens of Kolkata is more than 250 years old and has many large numbers. It is by far the largest known tree in India. 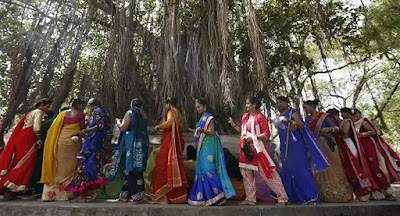 Banyan tree is one of the most magical trees ?? Not only the way its aerial roots create an astonishing structure. It is one of the few elements of nature that is useful in every aspect. This is the reason why banyan tree is the national tree of India.

One of the largest trees named Great Banyan can be found in Kolkata India. It is said to be more than two hundred and fifty years old. Another such tree can be found in Bangalore and is spread over 2 acres.

An interesting fact about this tree: Originally from India, this tree derives its name from Banias or Indian traders, who were sitting under the shade of the tree. Village meetings and other useful meetings are also held under its umbrella, giving it its name.

In Indian culture, the banyan tree is considered sacred and the leaves of the tree are considered to be the resting place of Lord Krishna. In fact, it is also believed that Buddha attained enlightenment by sitting under the banyan tree. Banyan tree has various uses.

Banyan is one of the most available tree species in India. The use of banyan tree extracts for treating various types of infections and diseases is quite common due to its medicinal properties. The health benefits and uses derived from the banyan tree are listed below.

The use of the banyan tree to treat infections of the gastrointestinal tract is very common. Banyan tree leaves have powerful healing and anti-microbial properties, and can be used to treat disorders such as dysentery and chronic diarrhea. One study concluded that the use of Ficus benthalensis as a dietary supplement may have many health benefits. The fiber content of banyan tree extracts (in the form of latex) is quite high, which it uses in the treatment of constipation.

Banyan tree root extracts show major antibacterial activity against many bacteria responsible for tooth decay and gum disorders. The two main strains of bacteria responsible for this are Lactobacillus and Streptococcus mutans. One study showed that banyan tree root extracts, when mixed in toothpaste, showed significant gerimidal (the ability to destroy or kill germs) when tested on animal models. Thus the use of the banyan tree can be beneficial for oral health and hygiene.


Banyan tree for swelling and pain

Ficus bengalensis has been popularly used in folk medicine in India. Extracts from the bark of the banyan tree are a good agent to enhance the immune system. The study found that this extract contained many bioactive compounds. These bioactive compounds have antioxidant properties and have the ability to neutralize free radicals (which damage the internal organs of the body). They help enhance the immune system and prevent diseases.


Banyan tree for the treatment of vaginal infection

Skin protective properties have been found in extracts of banyan tree leaves and bark. It has the ability to block the toxic effects of many allergens (allergenic agents) and provide a soothing feeling. It is also used to prevent skin damage.

Banyan tree leaf extracts can be used with warm milk to prepare an herbal beverage to treat conditions such as acne and rashes. Dermatologists prescribe concoctions (blends) prepared from banyan tree leaves and aloe vera to treat skin allergies and improve skin health. Aqueous extracts of Ficus benthalensis have been found to have the ability to heal wounds and are often used in their treatment.

The study found that these compounds have medicinal properties and can be used to develop drugs for the management of diabetes. However, there is scientific research required for the extraction of these compounds and to establish their safety as a potential drug.

Different parts of the banyan tree are used to treat many neurological conditions. The fruit of the banyan tree contains the compound serotonin which can act against anxiety and depression. Further studies have also shown that banyan tree extracts can help relax muscle cells. Bioactive compounds also have the ability to increase memory and moderate the level of a ceasefire in the event of a panic attack.

4. Bleeding from the nose is considered- 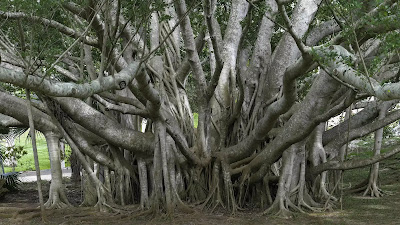 1. Banyan Tree (Ficus benghalensis) is one of more than 750 species of fig trees, each of which is pollinated only by its own species of small trees that breed only inside the figs of their companion trees.

2. Banyan strangers are figs. They grow from seeds that descend on other trees. The roots they send make their hosts smooth and resemble new tree twigs.

3. Banyan is the largest tree in the world in terms of the area they cover. The largest living state to date is in Andhra Pradesh, India. It covers 1.9 hectares (4.7 acres) and can shelter 20,000 people.

4. Banyans are ecological lynch. They produce huge crops of figs that sustain many species of birds, fruit bats, primates and other creatures, which in turn spread the seeds of hundreds of other plant species.

5. The first European to face the banyan trees was Alexander the Great and his army, who arrived in India in 326 BC. The notes that took him back to Greece informed Theophrestus, the founder of modern botany, and eventually - 17th century English poet John Milton wrote in Paradise Lost that Adam and Eve made the first cloth from banyan leaves.

6. Hindus say that Jyotisar has a banyan tree, when he preaches the Bhagavad Gita, Krishna stands beneath it.

7. For thousands of years, people have used banyan as a source of medicines. Today in Nepal, people use banyan leaves, bark and roots to treat more than twenty disorders.

8. Hindu texts written 2500 years ago describe a cosmic 'world tree', a banyan growing with its roots in the sky. Its trunks and branches extend to the earth to bless humanity.

9. During India's struggle for independence from Britain, the British hanged hundreds of rebels to their deaths from banyan trees. Independent India made Banyan its national tree.

10. Hawaii's banyans are not native. Among those who have planted them there, Franklin D. Roosevelt, Richard Nixon, Amelia Earhart and Louis Armstrong.

Banyan Tree: Do you have Banyan Tree Please share your experiences, methods and practices in the comments below.